I thought you'd enjoy some pictures of my Robert Tonner Ellowyne Wilde dolls. 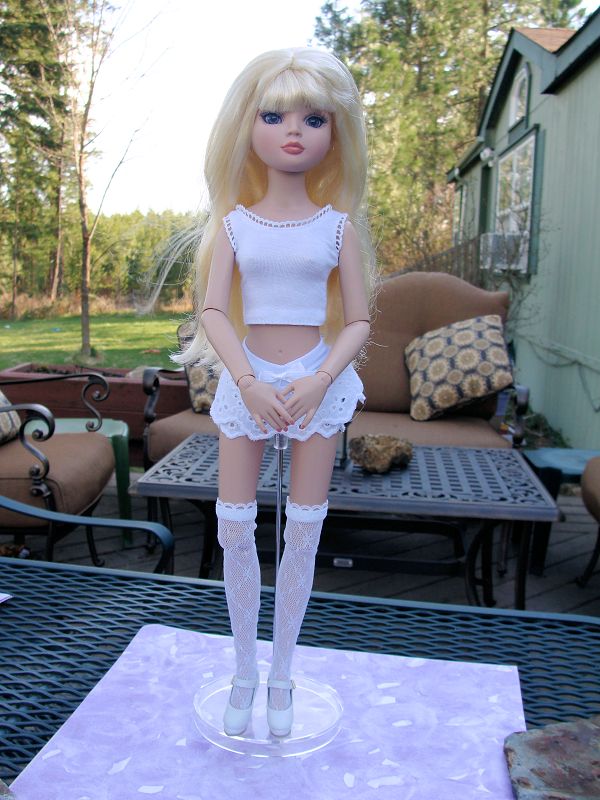 I wanted her because she's dressed in knitwear. What can I say? I'm a knitter. I thought to myself, yes, two dolls is enough. Then they came out with the Great Depression girls. I fell in love instantly. They are both so beautiful. But I should only get one. I couldn't decide if I wanted Ellowyne more or Lizette. I decided on Ellowyne. 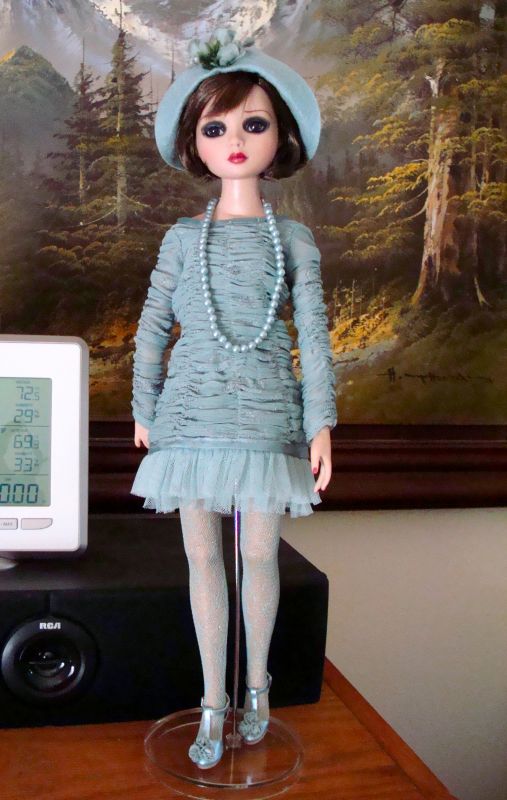 I was very excited and happy when she arrived. However, Lizette was in the back of my mind, whispering "You need me". A few months later I realized I wanted her pretty badly, so I went and found one at a price I could afford. Here she is wearing a wig I made with yarn and a crochet hook. 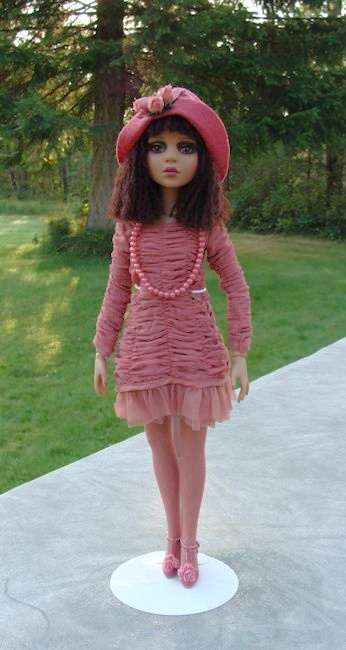 Not too long after that, I discovered Essential Amber Wigged Out. Okay, this doll thing is getting very serious. 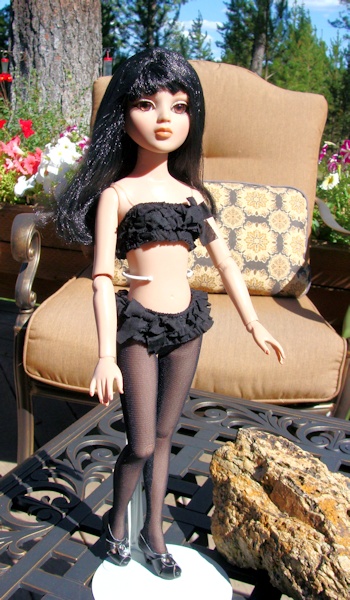 But what about Prudence? Ellowyne needs all her friends. I wanted a Prudence with inset eyes, and thought Essential Prudence Wigged Out had them. I found a great deal on her. I was mistaken. Her eyes are painted.

I like her a great deal. She's a gorgeous doll. But I still wanted a Prudence with inset eyes. Then someone offered a Prudence Not All Black and White. She didn't have any hair, but she did have her original outfit. The original owner had taken her hair off. Well, I didn't really care about that because I much prefer my dolls to be able to wear wigs. They're more fun with wigs. So, I bought her. 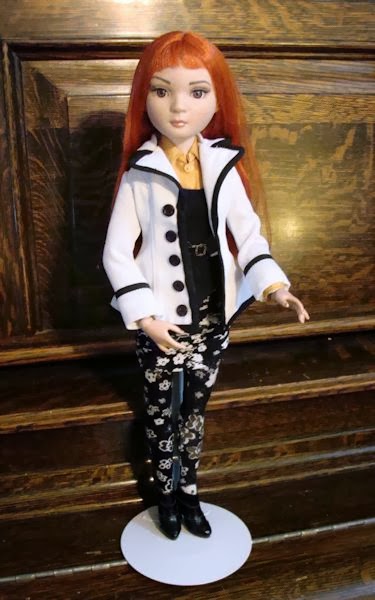 Well, now my girls need a guy friend, right? I don't really care for Rufus, though, who is the official male friend for Ellowyne. However, I did find an Andy Mills-No Fare, which I like very much. He's a Robert Tonner doll from the Cami and Jon series. He has the same body as Rufus.

I think he looks great with Ellowyne. They became fast friends. 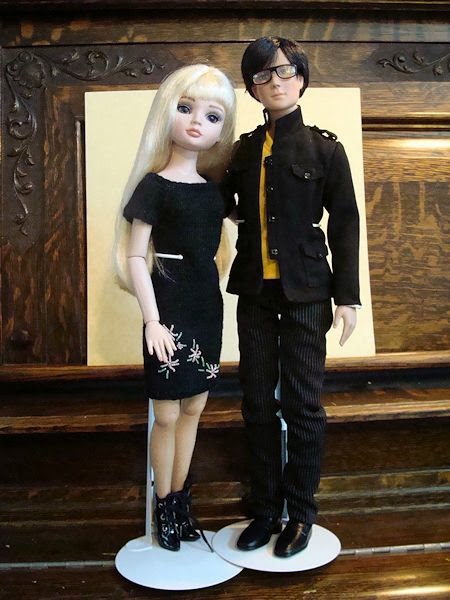 Recently Tonner came out with two new Lizette dolls. I bought All Natural Lizette in the Spice skin tone. 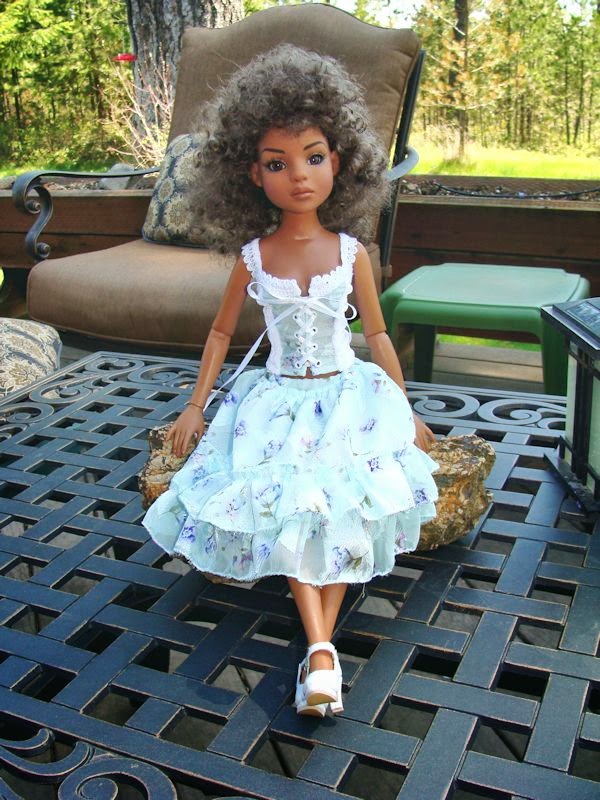 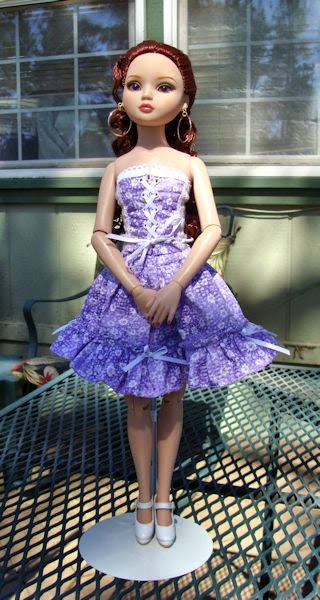 Her face has been repainted by Peggy Foggio of Westport Dolls. 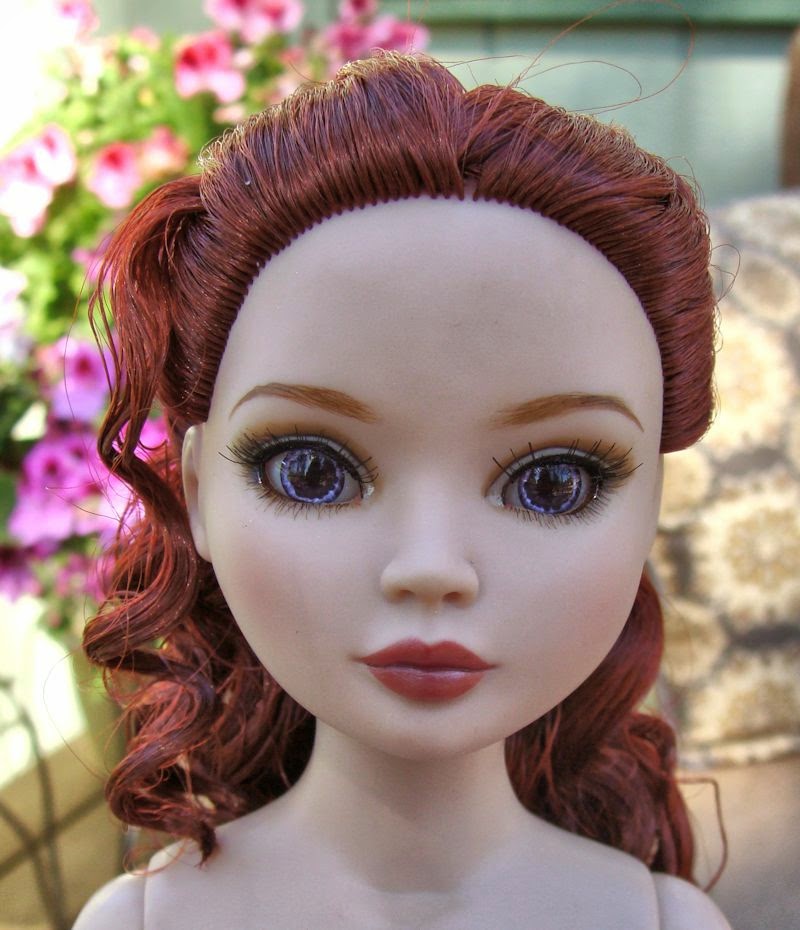 Peggy did such a beautiful job. I love the way she does the eyebrows and lashes. One look at those violet eyes and I had to have her. She came nude. Some day I hope to acquire her original outfit.

Hello, my name is Linda Jo, and I'm addicted to dolls.